The Venus of Bataille / Sireuil

This venus which I have called the Venus of Bataille is an enigma. The only record I have comes from the book 'Tears of Eros' by Georges Bataille. He gives it as the Venus of Sireuil, but it is nothing like the well known Sireuil Venus. I have found no mention of it anywhere, yet it is such a beautifully made piece that I would have expected it to have pride of place in any museum, and to be in all the text books. Is it genuine, or a fake? I have no idea. But if anyone can shed light on its provenance, I would be very grateful. 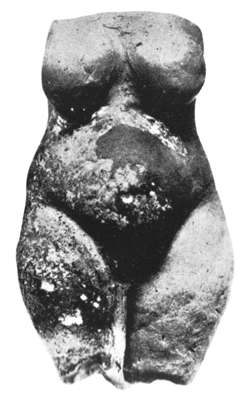 The venus is beautifully formed, and (suspiciously!) has a modern look to it, as though it could have been done as an accurate rendition of a modern full bodied woman. It is the most faithful rendering of human anatomy that I have ever seen from the Paleolithic. 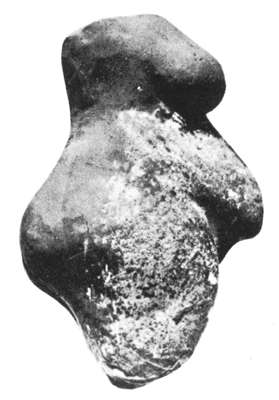 However, the side view shows that the shape is much more like one would expect from the Paleolithic venuses, with an abdomen which juts out above the mons pubis. 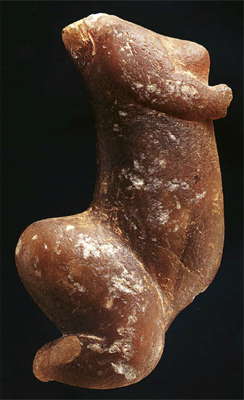 This is the figurine which is well known as the Sireuil Venus.

It was carved into an amber calcite pebble, and was found in the rut of a road from the Goulet de Cazelle near Sireuil village.