Corbiac is an open air Gravettian site in the Dordogne area, beneath the lawns of the château de Corbiac a few kilometres NE of Bergerac, near Lembras. 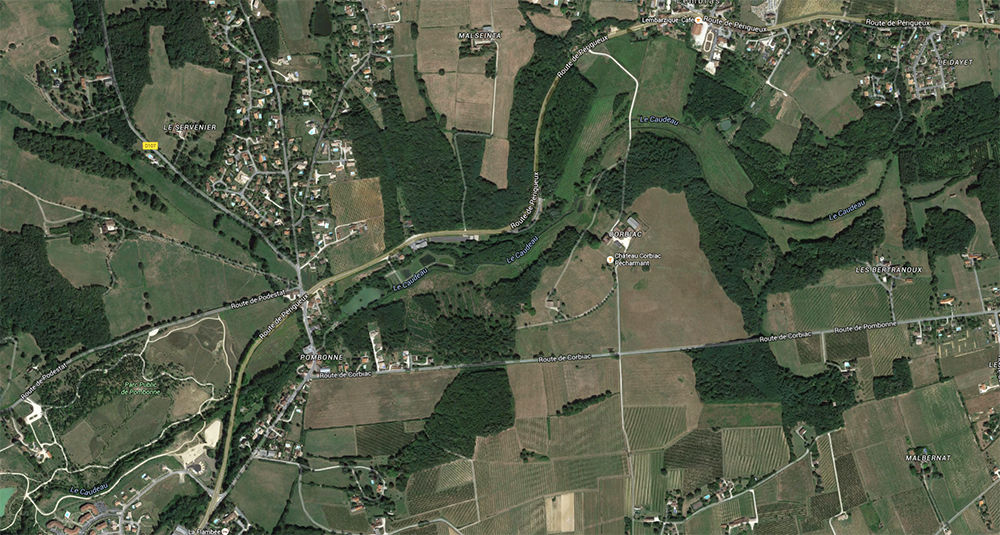 Corbiac lies beneath the lawn of the château de Corbiac, in the right centre of this photograph, a few kilometres NE of Bergerac, near Lembras. (Bordes, 1970)
Photo: Google Maps 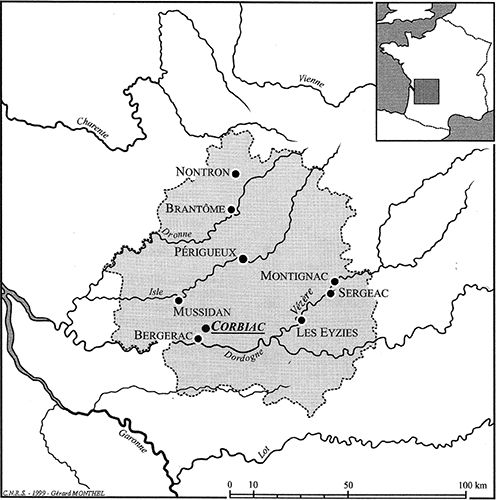 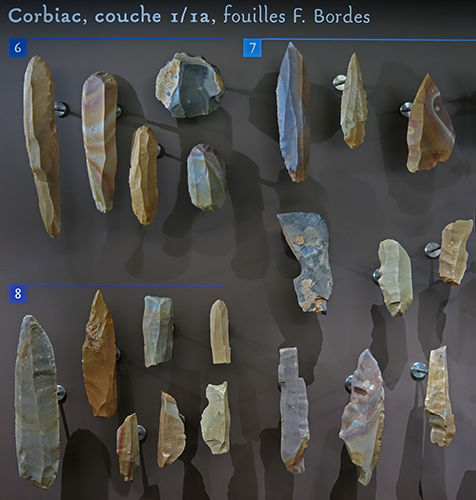 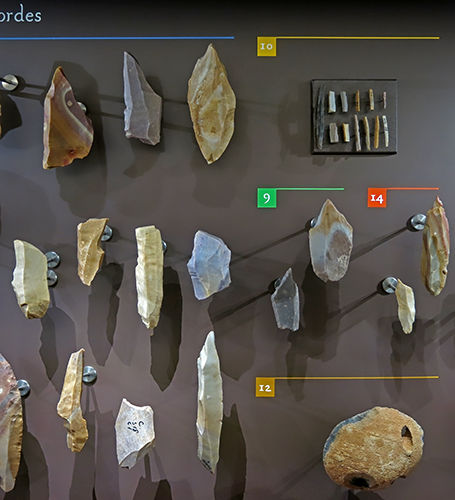 ( Note that the racloir at #12 has a hole through it, probably for a cord or thong. I have seen an Australian Aboriginal ground edged knife with a similar hole -- Don ) 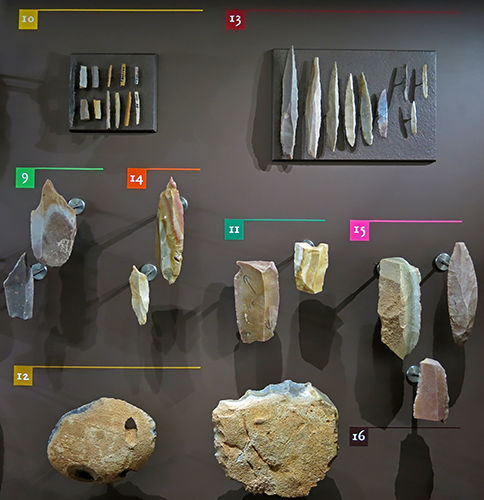