Click on the photos to see an enlarged version 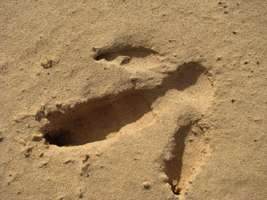 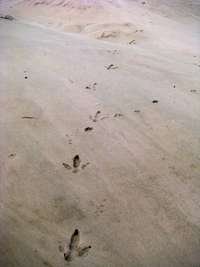 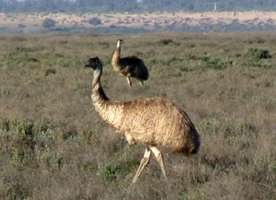 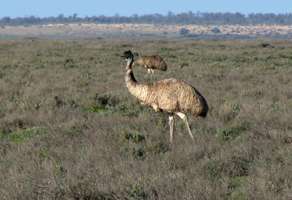 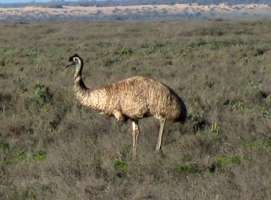 Emus on the dry bed of Lake Mungo, on the way from the interpretation centre to the walls of china. The lake bed has not suffered permanent degradation by feral and introduced animals such as rabbits and sheep, since it is so flat. With the removal of the sheep, and efforts to control the rabbits, the bed of the lake has recovered well from its former over-grazed state, in marked contrast to the lunettes on the eastern side, and the lake walls on the west, both are heavily eroded and still actively eroding.

The western edge of the lake is visible in the background, and is the area where all the silcrete for stone tools was found. 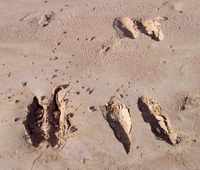 Roo prints. Kangaroos hop, so their prints are usually together as their feet hit the ground and rebound, losing little energy in the process.

Kangaroos in the wild have a lifespan of about 15 years. 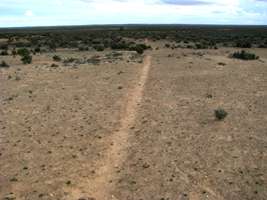 A track made by kangaroos and wallabies, presumably from water to grazing areas. Some parts of Lake Mungo store water for short periods of time after rain. 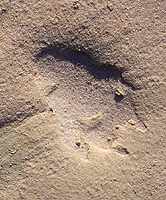 Animal tracks in the sand.

Tracks in the sand. I would love to know which animals were responsible for these tracks.

One of the millions of a single species of caterpillar in the area at the time the photographs were taken.

This looks like the characteristic rectangular shape of wombat scat. 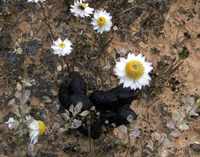 Possibly wombat scat. Note also the paper daisies, a flower which appears after rain, and the lichen on the ground, which helps protect against erosion where the lichen covers the ground. 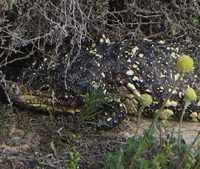 Sleepy lizard soaking up the sun in the early morning.
Photo: Don Hitchcock 2005

These ants have taken up residence in the sediments, illustrating the fragility of the coherence of the sediments, and their susceptibility to erosion. 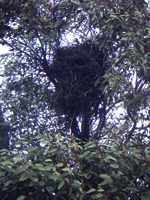 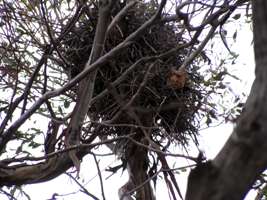 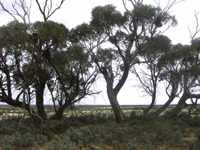 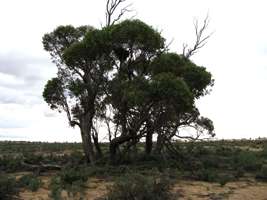 Suitable trees for nests are at a premium. Normally wedge tailed eagle nests would never be placed as close together as this, you would expect only one nest to each group of trees, as eagles are very territorial. Things must get a little tense at times. 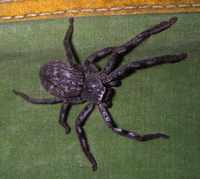 Spider on the tent at the Lake Mungo camping grounds.

European bee on a lily. It is interesting that honeybees have adapted well to arid conditions. There are many different species of native bees which are stingless, but are not so well adapted to the honey industry.