The burial of the Roc-de-Cave was excavated in 1928 under difficult conditions. Long neglected, this skeleton was sprinkled with ochre, is archaeologically complete, and came to be the object of study which has permitted the skeleton to be well dated: 11 210 ± 140 BP. It is probably an adolescent aged between 15 to 18 years, sex indeterminate, and is of average stature (1.50 m). The archaeological context (curve-backed blades) and the presence of deer teeth confirm its cultural attribution to the late Magdalenian.

The skeleton has been very well presented. 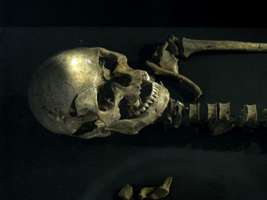 The skull has been well preserved. 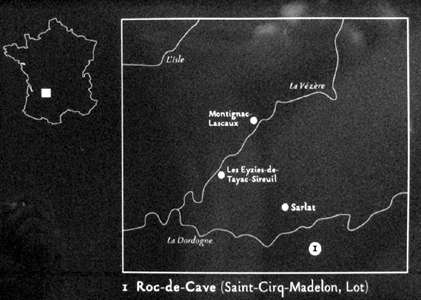 Map of the area in which the skeleton was found. 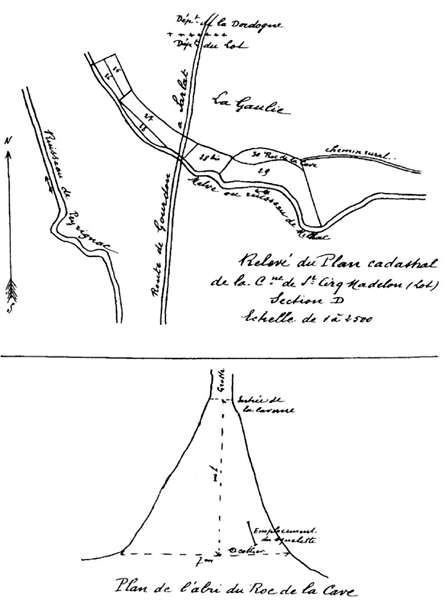 Detailed map of the area in which the skeleton was found, and a plan of the abri.

Map of sites in the south of France, including Roc de Cave, showing ice age coastlines. 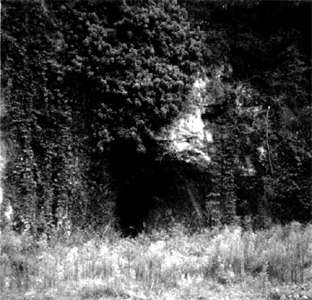 Photo of the abri. 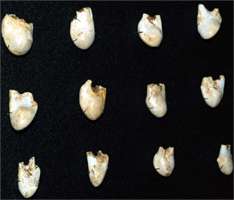 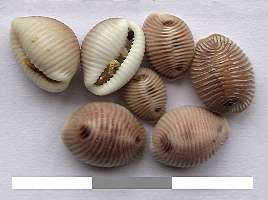 Photo: (Left) http://www.musee-prehistoire-eyzies.fr/pages/page_id19260_u1l2.htm
Photo: (Right) Wikipedia, Trivia monacha shells, hand-picked from beachdrift, from near Aberffraw, Anglesey. Scale is in cm. Trivia monacha, also known as the European cowrie or spotted cowrie, is a species of small sea snail, a marine gastropod mollusc in the family Triviidae. 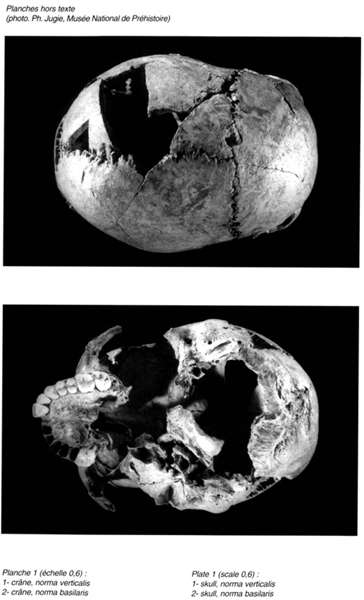 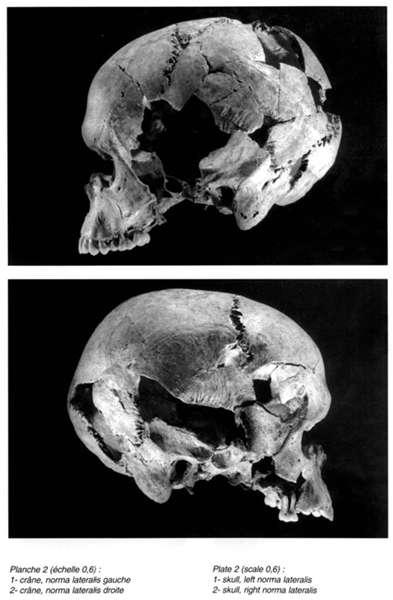 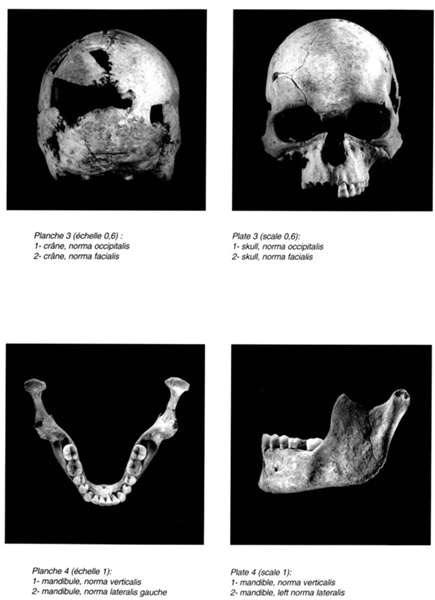 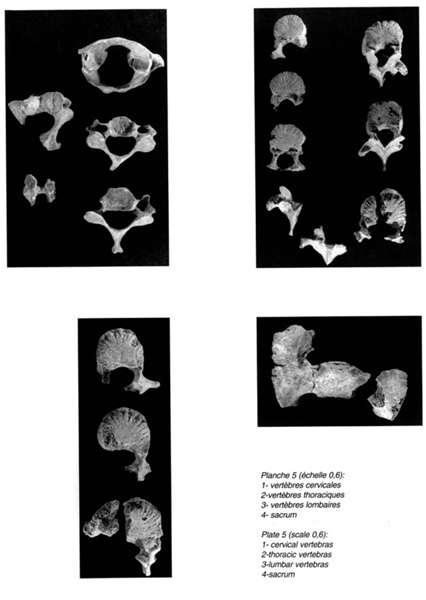 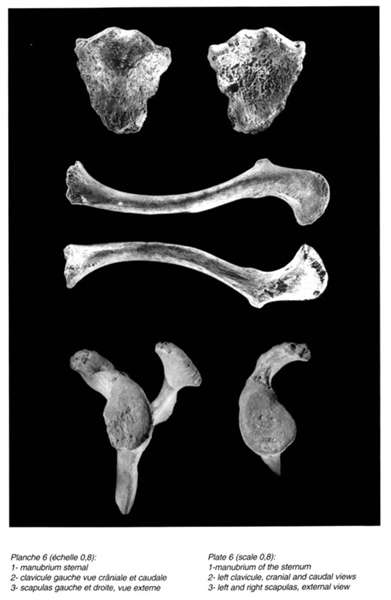 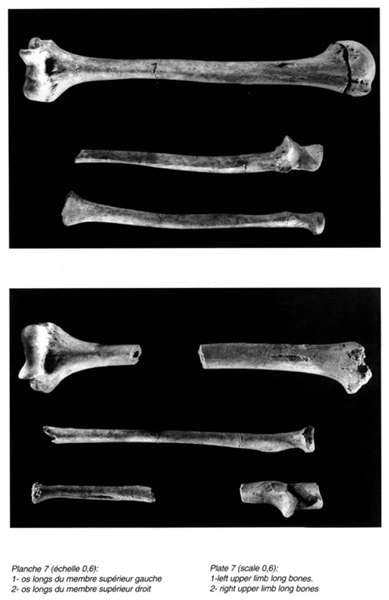 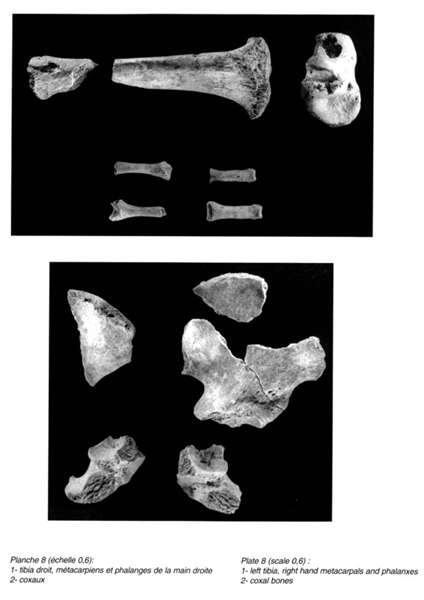 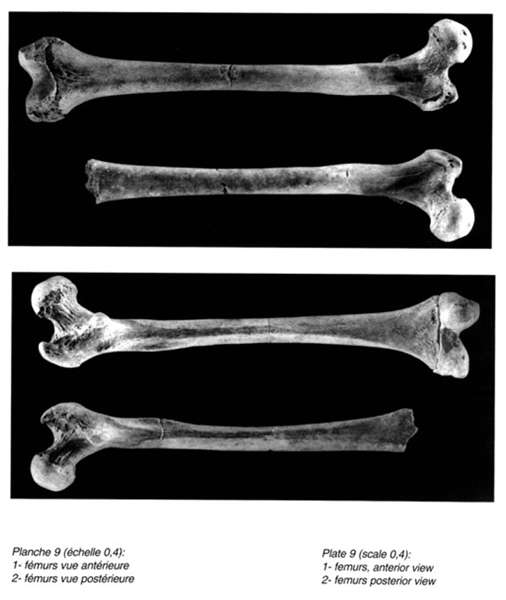