Archaeologists from the University of Tübingen have identified a find on the outskirts of the town of Waldstetten in the Ostalb district as a 15 000 year old piece of art from the Ice Age. The female figure of the Gönnersdorf type shows at the same time a greatly simplified female body and a phallus. Figures of this kind are already known from archaeological sites in Europe, a specimen has now been found in the Ostalb district for the first time.

Text above adapted from University of Tübingen (2019) 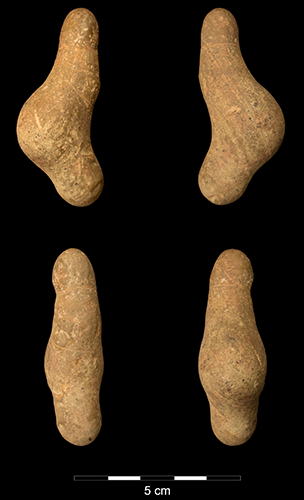 A 15 000 year old female figure from the Ostalb district.

Along with more than 2000 lithic artefacts, a female figurine of the Gönnersdorf type, made probably of an imported quartzite pebble, was found at the Middle and Upper Palaeolithic open-air site of Waldstetten-Schlatt. The anthropogenic character of the piece uncovered in a Magdalenian find concentration is strengthened by several partly circumferential engravings. The find represents the first female figurine of the Gönnersdorf type identified in the context of a Palaeolithic open-air site in southwest Germany. The figure is almost six centimetres tall and was made from an imported quartzite pebble.

( note the engraved line circumscribed around the 'head' of the figure, which indicates the glans of a phallus - Don ) 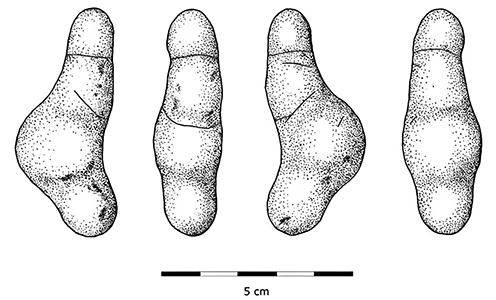 Drawing of the find. 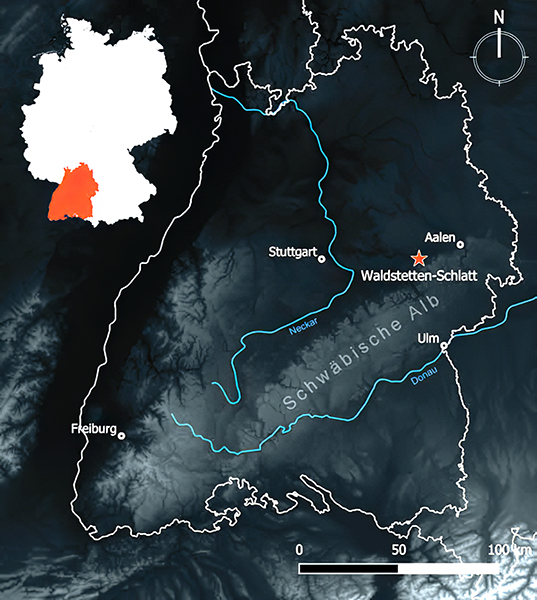 Location of the find at Waldstetten-Schlatt.

( note that many Gönnersdorf style venus figures, mostly of jet, have also been found at the site of Petersfels, also in the Schwäbische Alb region, 200 km to the south west of the venus figurine findspot near Waldstetten - Don ) 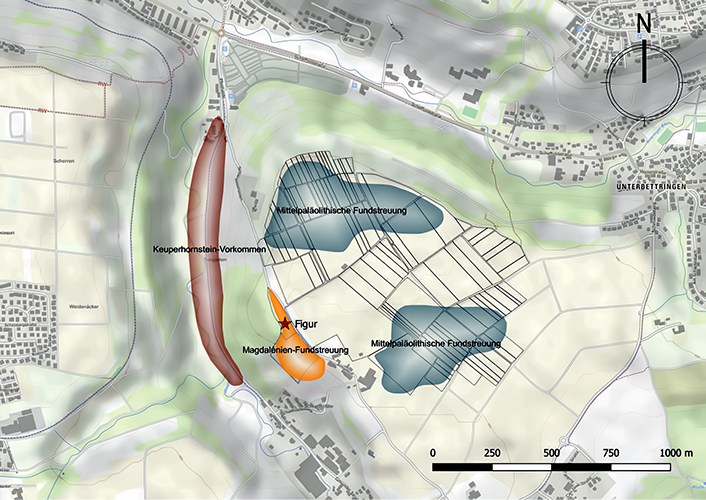 Location of the find, by amateur archaeologist Adolf Regen, between the communities of Waldstetten and Unterbettringen.

In total, he had handed over about 2 000 finds to the scientists from the University of Tübingen.

The venus figure find itself is indicated by the red star, about 250 metres north of the intersection of Gmünder Straße and Schlatthölzlesweg.

( The name of the minor road Schlatthölzlesweg is instructive. Schlatt is the name for shallow heathland ponds, undrained, often formed as wind-blown hollows in periglacial regions, fed by surface flow of water. Holzle is a German family name, so perhaps the heathland pond originally here (now drained and used for agriculture) belonged to the family Holzle. Weg is of course 'way' or 'minor road'. In fact the name given to the findspot itself is Waldstetten-Schlatt, meaning the heathland pond near Waldstetten - Don ) 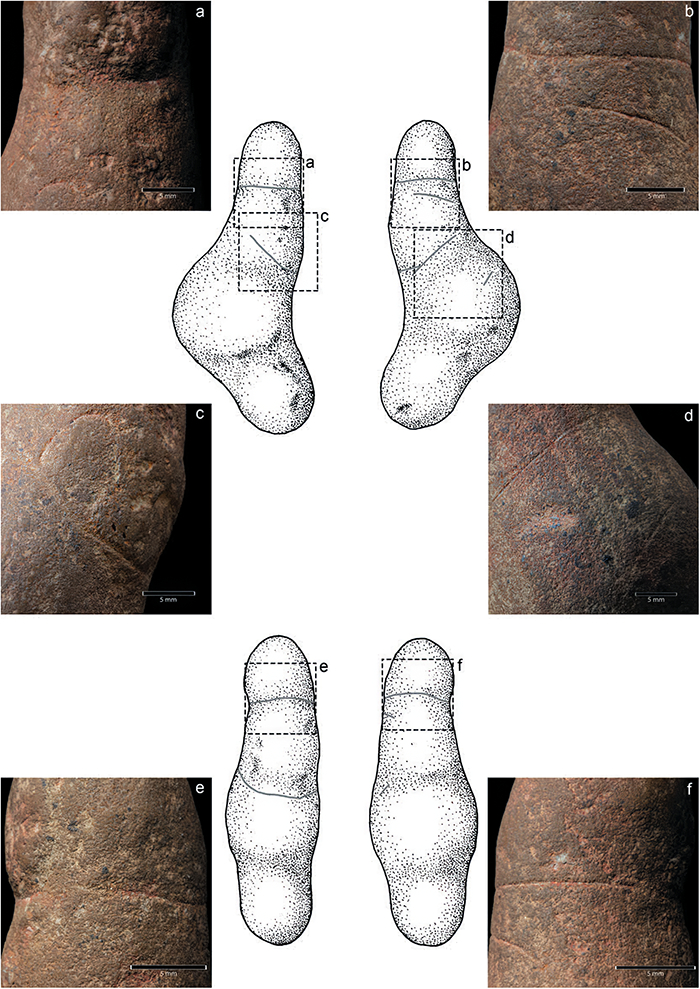 Macro photographs of the engravings.

The discovery of the figurine from Waldstetten-Schlatt is the first time that a female figure of the Gönnersdorf type has been found in an unstratified field site, not associated with an abri or cave. Its authenticity is attested by the absolutely typical morphology of the piece with respect to the Gönnersdorf tradition (Bosinski et al., 2001), its association with other Magdalenian finds, and the anthropogenic engravings on the piece.

The engraving in the neck area suggests a double statement of the figure as both a female representation as well as a phallus. 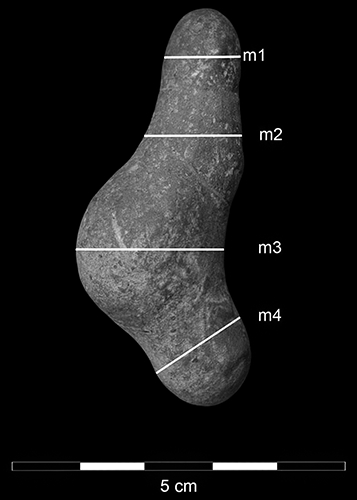 Dimensions of the figure 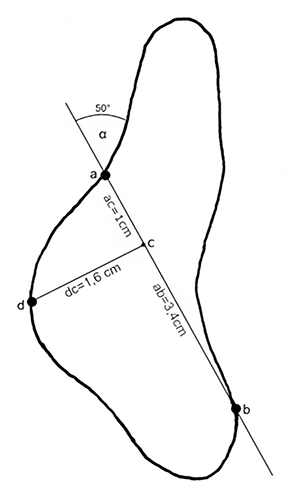 Measurements according to Bosinski, Fischer (1974): 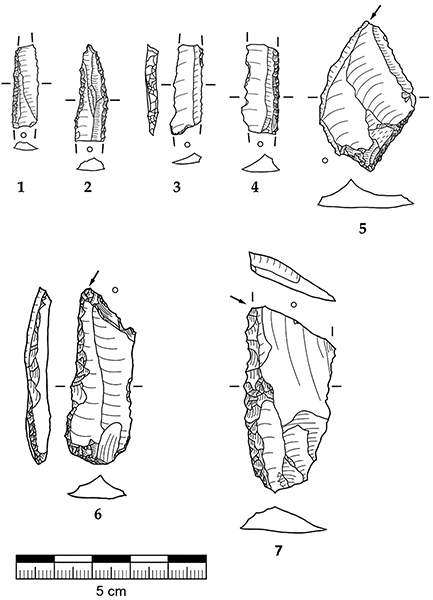 Tools associated with the find.