Mount Grattai on the right, Gins Mountain on the left, taken from Honeycomb lookout.

Larger image of this panorama, 690 Kb 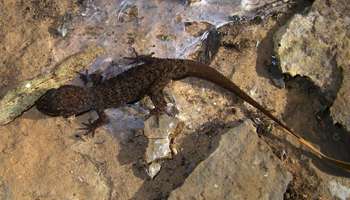 Prickly Gecko (Heteronotia binoei) on top of "Honeycomb Lookout". This lookout has no official name, but is known as Honeycomb Lookout by bushwalkers, and is the end of the ridge overlooking Grattai Springs.

Larger image of this gecko, 462 Kb 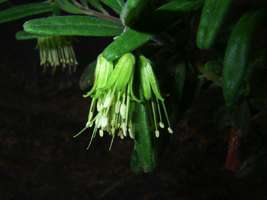 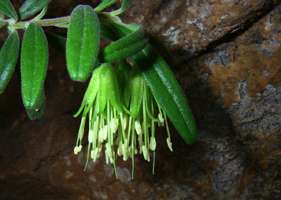 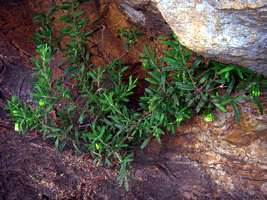 This Leionema viridiflorum on Honeycomb Lookout is a superb specimen.

Text and map below from: 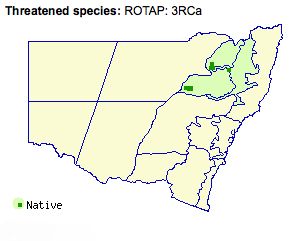 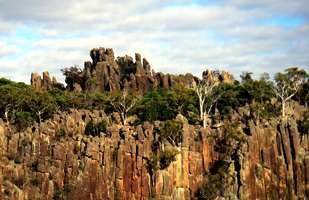 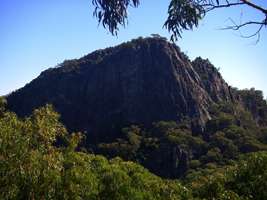 Gins Mountain from further back along the ridge leading to Grattai Springs.