Švédův Stůl Cave is located in the southern part of the Moravian Karst Protected Landscape Area (PLA) in the Říčka Valley near the Ochoz Cave and the Pekárna Cave, 49° 14′ 43.3″ N, 16° 44′ 52″ E. It is a short 'through cave' in a rock block (hence the name Swede's Table). Besides cave bears, hyenas and other animals inhabited the cave as well as Neanderthals 100 000 years ago, as well as a younger culture during the Neolithic and Bronze Age. Archaeological research of the site was conducted by Bohuslav Klíma. The site is approximately 10 km from the city of Brno.

Micoquian industries with numerous small hand axes and bifacial knives are characteristic of the whole area of the Lysice basin along the Svitava River from which the Neanderthal people, settled at Kůlna Cave, obtained raw materials for the production of tools. In the portal cave Švédův Stůl in the valley of the Hádacky brook, Karl Kubásek discovered part of the mandible of an adult Neanderthal a well as a few Mousterian artefacts in 1905. The large amount of gnawed bones shows that cave hyenas would repeatedly drag their prey into the cave.

In 1953-55, when the soil was cleared from the entire front hall, B. Klíma finally found the mid-Palaeolithic artefacts.

The last remarkable finding was made by the well-regarded amateur researcher Jaromír Vaňura and his daughter on a heap of spoil in front of the cave: they found a human molar that is missing in the jaw of 1905, as well as two skull fragments.

Industries of similar composition as in the Kůlně Cave are characteristic for the whole area of ​​the Lysická lowlands around the Svitava River, where they were discovered in the 1970s by Antonín Štrof. It was here that the Neanderthals from Berlin took raw material for their instruments. Chalk cornea of ​​honey colour (spongolites) is found here in the marl benches of Malý and Velký Chlum and freely in many places on the surface.

Two localities on the hill Horka near Bořitov represent the largest mid-Palaeolithic deposits in Moravia, because they issued several cents of chipped industry. As in incl. 6a from the Kůlny cave, they combine elements of micoquien with paleolithic scratchers, which still retain the ancient side retouches.

It cannot be ruled out that some advanced blade cores were left here at much later times by the Magdalenian hunters. However, the largest localities near Bořitov are situated in typical 'hunting' locations with good view, not directly on the source of raw materials, where we would expect such younger Palaeolithic workshops.

In addition, a number of antique tools are derived from imported raw materials. In this secluded enclave, late Micoquian could develop even at a time when the first groups with a Neo-Paleolithic culture were in the Brno basin. 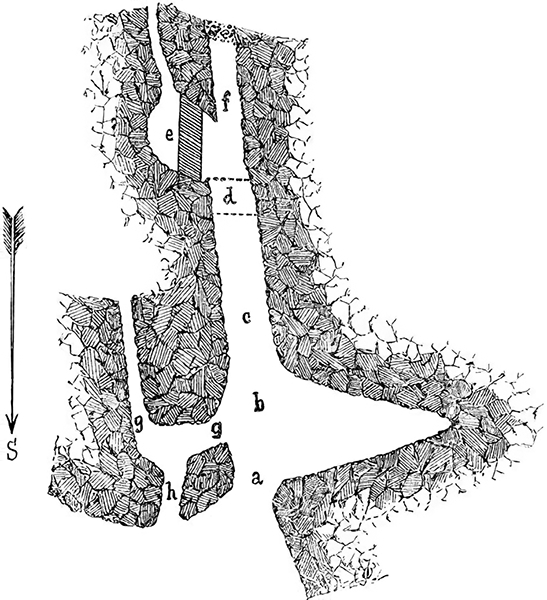 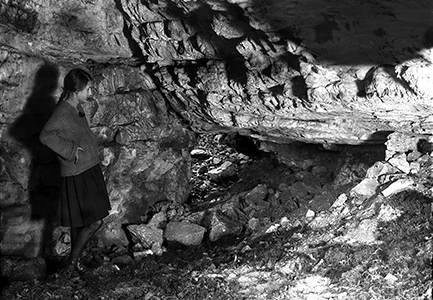 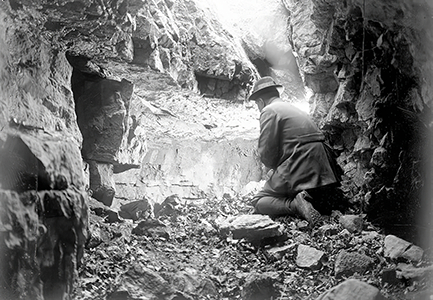 (left) Entry to the back hall with fallen ceiling.

(right) Work in the Kubaskově Hall where the mandible was found. 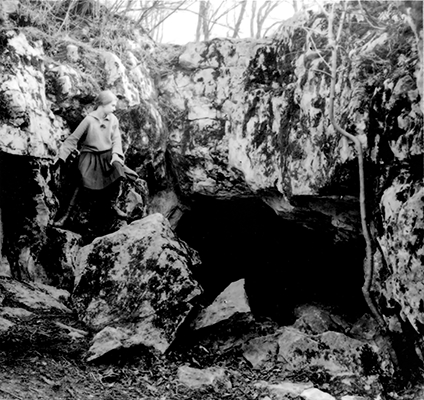 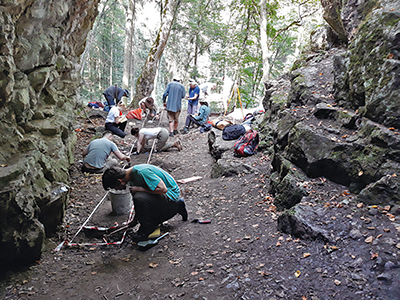 The cave, looking north from just inside the entrance across the area previously excavated in 1953 - 1955 (Klíma 1962). Those excavations extended out to the large tree just beyond the excavation team.

The 1953 - 1955 spoil heap is just beyond the yellow tripod. The 2019 trench (marked by pale coloured tape) is aligned approximately along the section shown in Klíma (1962), reproduced below. 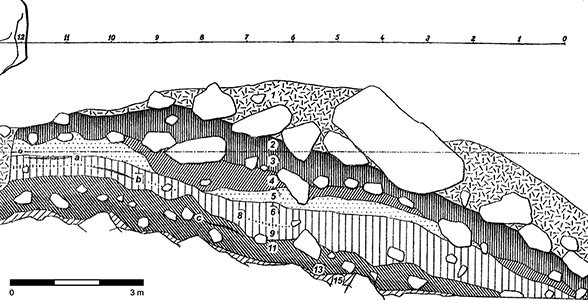 This cross section is from Klíma (1962) which appears to show that bedrock was not reached at the front of the excavation (bottom of section, straight line on the right).

The levels at which various phases of occupation were found are shown as:

a – Magdalenian, b – Aurignacian, c – Mousterian. 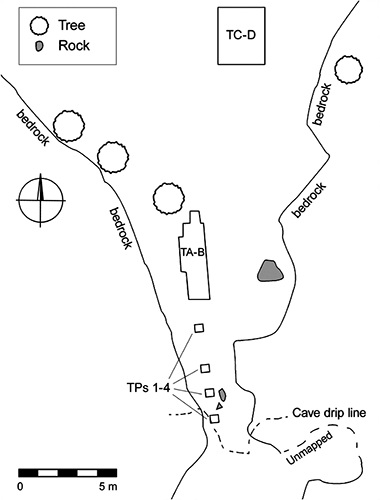 Ground plan of the Švédův Stůl Cave entrance area with the position of the two 2019 excavation pits. 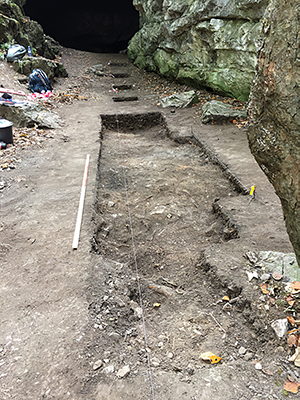 Image also showing the location of the test pits. At this stage of the excavation the recent disturbed overburden had been removed, exposing the in situ archaeological deposit below.

Osteological analyses of the faunal remains from intact layers indicate a number of extinct members of large fauna. Many of the bones from the intact sediments were taxonomically unidentifiable.

In terms of MNI, cave bear is most common, followed by horse, rhinoceros, cave hyena, and wolf.

The composition of the fauna suggests a colder climate. Cave bear remains have been identified in each intact layer suggesting that all the cultural layers are older than 28 000 BP (the minimum age for the extinction of this species). 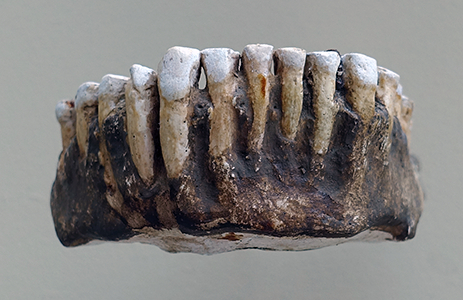 The jaw of a Neanderthal, found in 1905 by Karl Kubásek in the rear of the cave under a fallen ceiling. 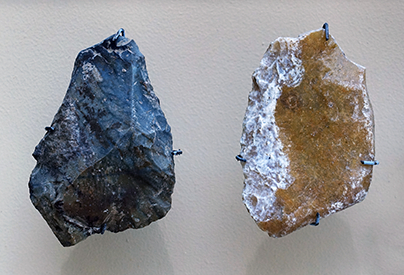 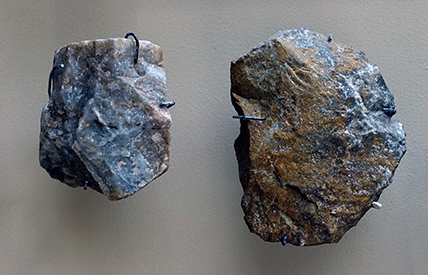 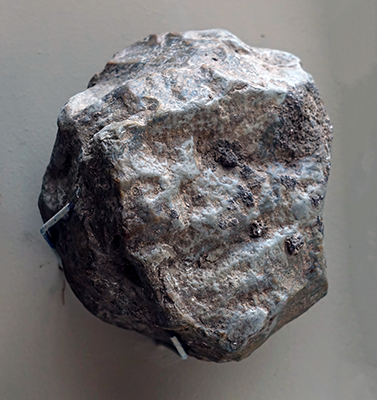 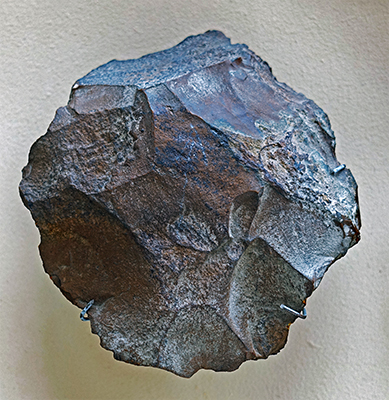 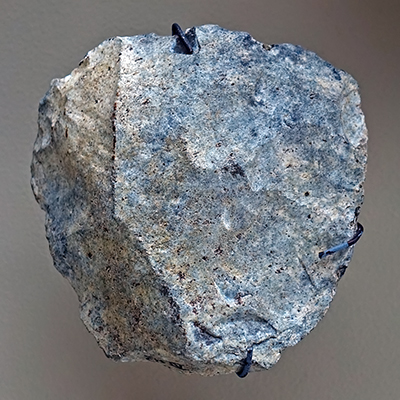 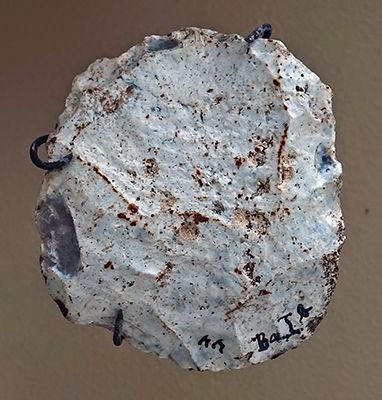 Probably the oldest examples of human work are several isolated Levallois nuclei with lithic material imported from the localities of Knínice near Boskovice, Černá Hora IV and Bačov I. 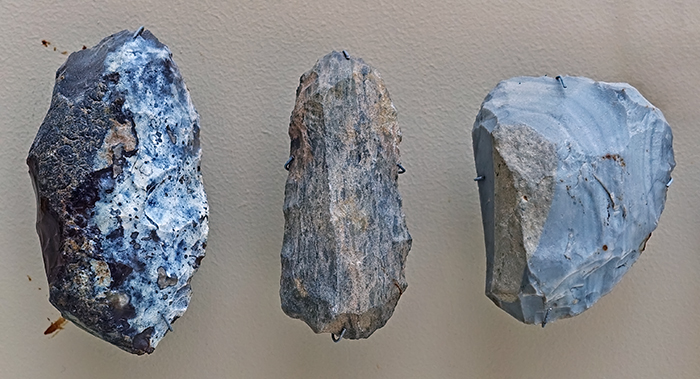 As in the Kůlně cave, there are also some tools made of exotic materials (radiolarites, flints, opals, chert of ​​the Krumlov forest type) in Bořitov. 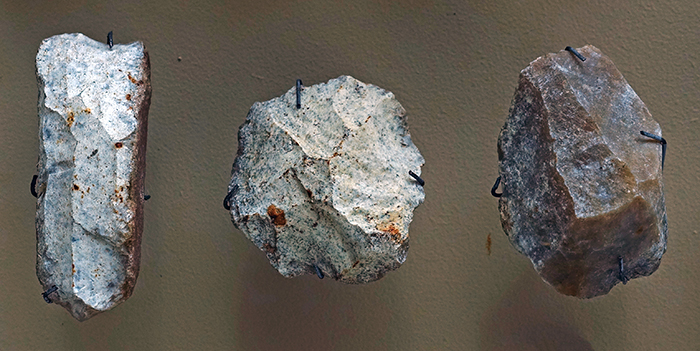 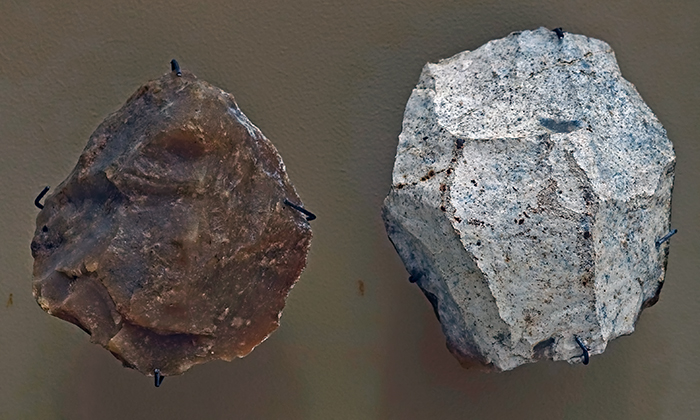 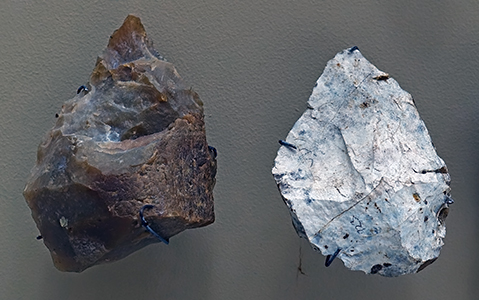 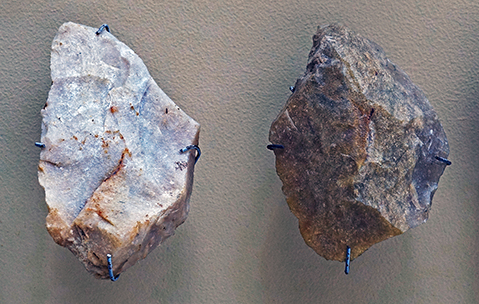 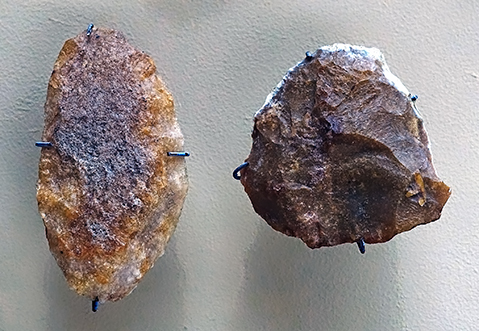 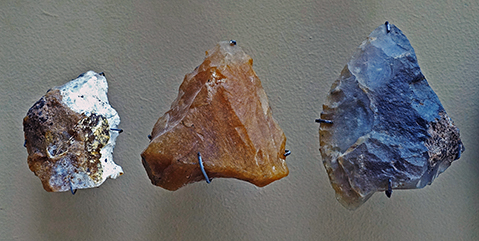 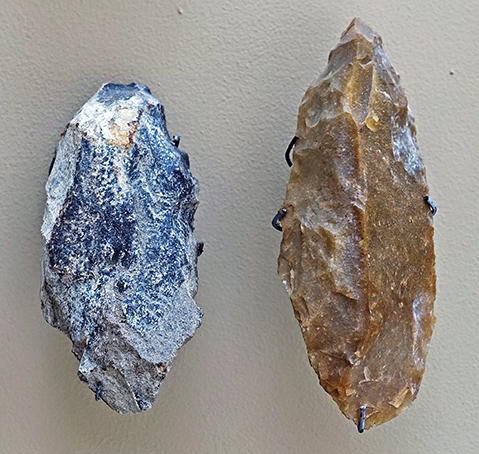