The source was a spring-fed pool with a large willow hovering over it, as though protecting its birthright of water for itself and its offspring: a collection of smaller willows crowding close to the large, overflowing basin. They dismounted, took the riding blankets off the horses, and spread them out on the ground. 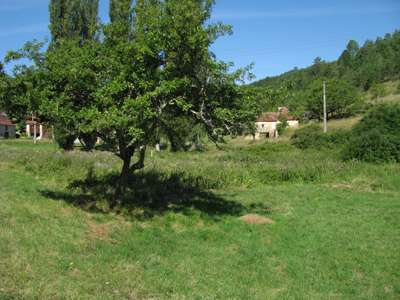 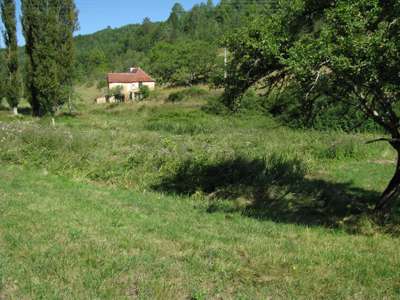 Willow Pool was exactly where Jean had said it would be, and where it is placed on my map of the Zelandonii, although the lone tree beside the pool did not look like a willow, and there were no saplings from the parent plant, and the spring was more full of water plants than water! 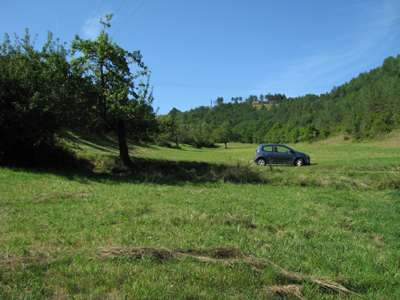 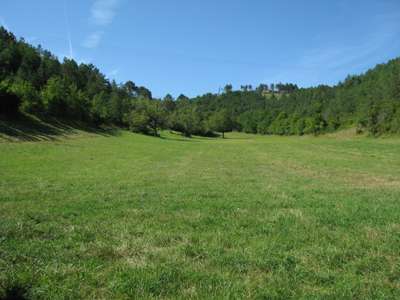 Looking upstream, the valley was broad for such a small stream, and the setting was idyllic, with grass which had been recently mown for hay for winter feed. There was no sign of a creek further up the valley, just beautiful smooth mown grass, the pool really was the source for the creek.

The place was easy to find, with the only possible road winding down one side of the valley of the creek, curving around the pool, then winding back up the other side.

I was delighted that Jean had used an existing place, given enough information to find it, hardly changed the description at all, and that it was so recognisable and easy to get to. 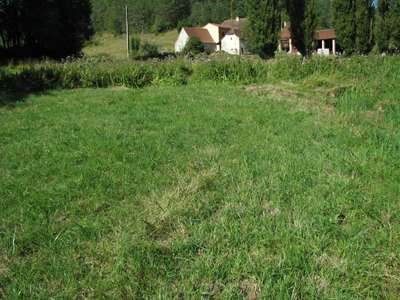 The creek (marked here by tall water plants which were not mown for hay) meandered away from the spring, and became wider further down the valley.