The Pech-de-l'Azé I skull and mandible are included in the juvenile Neandertal remains from Europe. However, some preserved features in the cranial skeleton seem to distinguish the specimen from other Neandertal children. Unfortunately, the stratigraphic position and dating of this child has never been clear. Our recent work on unpublished archives show that the Pech-de-l'Azé I Neandertal child was discovered at the bottom of layer 6, attributed to the Mousterian of Acheulean tradition type B.

This skull and mandible are the first diagnostic human remains (aside from an isolated tooth) attributed to the Mousterian of Acheulian tradition (MTA) type B. Consequently, we confirm that Neandertals were the makers of this Mousterian industry, which is characterised by unusually high frequencies of Upper Palaeolithic type tools, elongated blanks and blades. We were able to date the context of the hominid remains to about 41.7– 43.6 ka cal BP. A combination of stratigraphic arguments and dating results for layers 6 and 7 show that the Neandertal child cannot be older than 51 ka or younger than 41 ka. This study shows that the MTA type B had been manufactured by Neandertals before the arrival of anatomically modern humans in the local region. 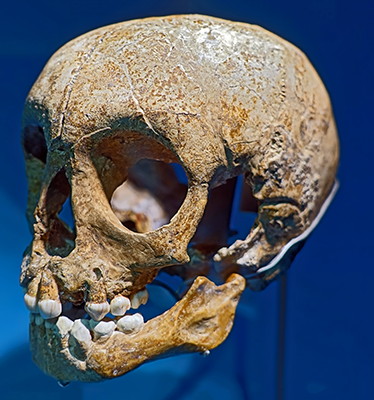 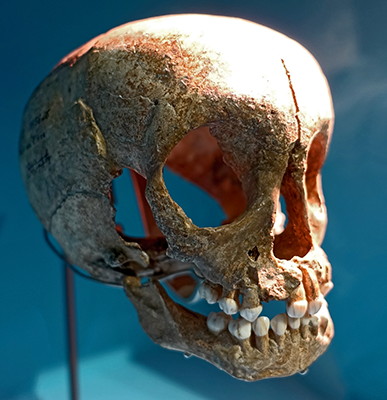 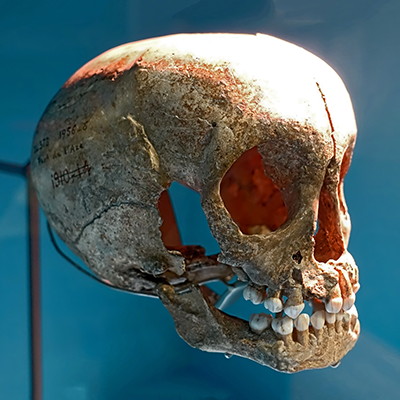 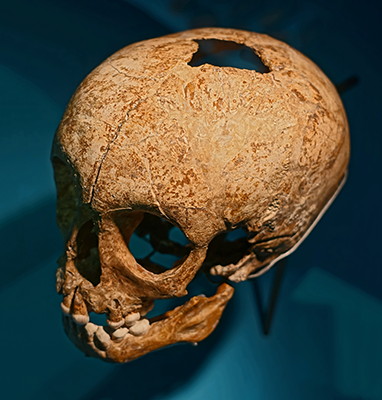 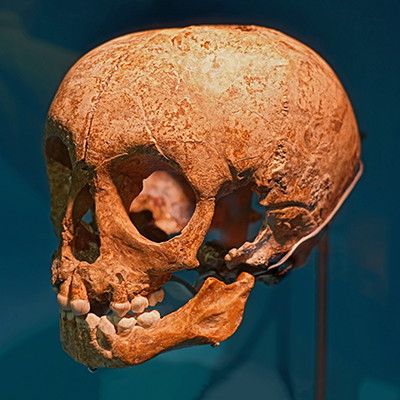 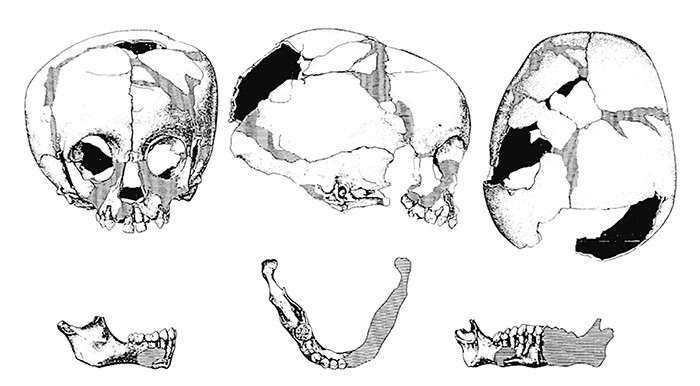 Poinçon, a bone awl for making holes in soft materials such as leather. 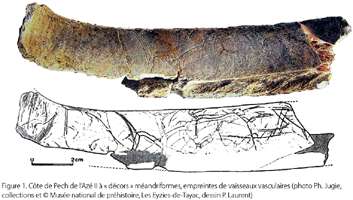 Rib from Pech de l’Azé II with 'macaroni decorations', with the marks of vascular vessels

The most famous Neanderthal bone with flowing decorations is this rib fragment discovered by F. Bordes in Pech de l’Azé II, in an Acheulean level. The many serpentine tangled lines present on one side of the rib fragment were interpreted by the discoverer and other authors (Donald, 1991) as a deliberate engraving. This interpretation was confirmed by microscopic analysis carried out by Marshack, who saw in this engraved motif the precursor of the 'macaroni' art (macaroni/meander art is a form of randomly meandering finger flutings) visible on the walls of many decorated caves of the upper Palaeolithic.

(Pech de l’Azé is a cluster of four Lower and Middle Paleolithic sites. They are situated some 50 metres higher than the floor of a small, usually dry, valley that runs into the Enéa, a small tributary of the Dordogne River. Pech de l’Azé I and II are opposite entrances of a single tunnel-like cave that intersects a promontory in the limestone cliff. - http://www.oldstoneage.com/pechiv/pechsites.htm) 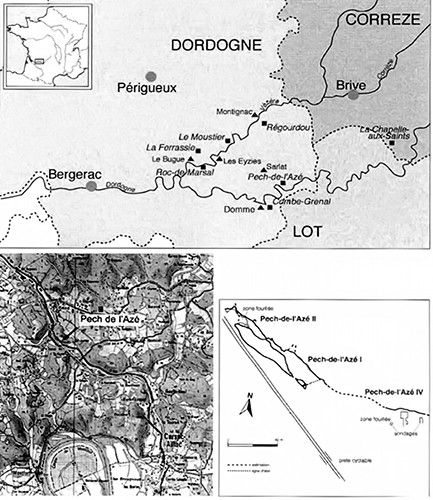 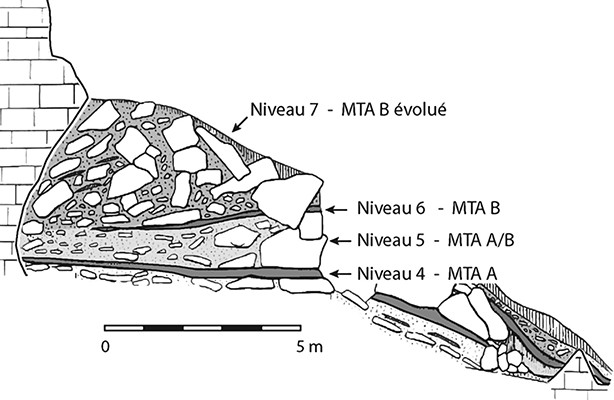 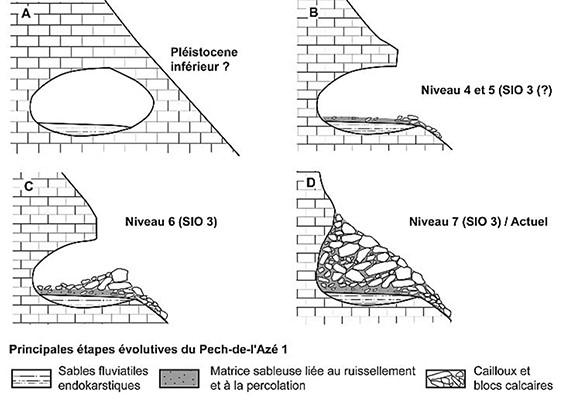