The venus from Trasimeno is a venus figure from the Paleolithic, found in Italy. It is about 37 mm high and carved in soapstone. It was found during excavations at Lago Trasimeno and is on display at the Museo Nazionale preistorico Etnografico Luigi Pigorini in Rome. 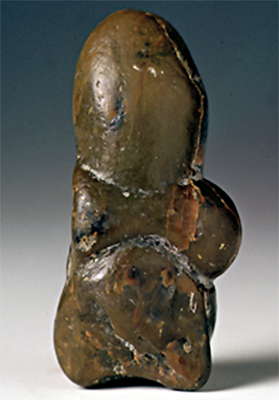 Purchased from Alerino Palma di Cesnola with other archaeological materials contained in a box bearing the words: 'Castelsecco' (near Arezzo). This piece bears stylistic comparisons with figurines of the Western Upper Paleolithic. This figure lends itself to a double vision (as shown, but also upside down) and is clearly associated with a phallic significance to women's representation. 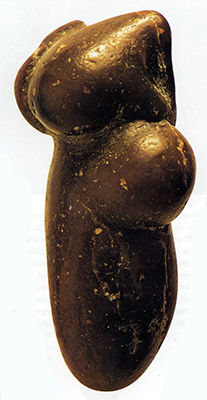 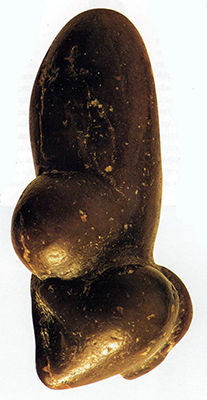 (note that the images are identical, but rotated to show different ways of viewing the same object - Don ) 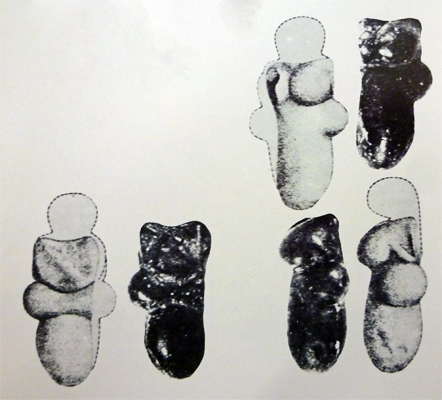 Another version of the Trasimeno Venus