Figurine, height 59.5 mm, width 15 mm, depth 12 mm, style intermediate between Venus and sexless clothed group. Indications of eyes, realistic legs and shoulderblades, no sex indicated. The material is very dense bone, probably from a long-bone already mineralised when carved. The surface was patinated brown and the working has exposed lighter layers and is very shiny. Powers (1994) 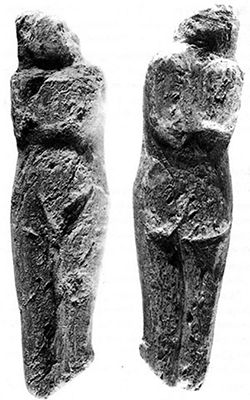 Another view of this venus. 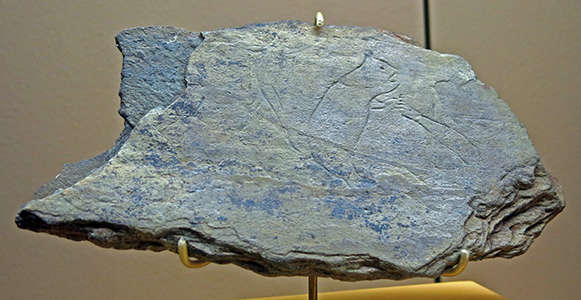 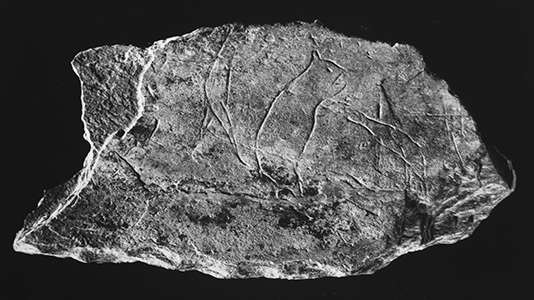 Engraving showing two men attacked by a bear (or, more likely, attacking a bear), on schist.

The schist plaque was imported from Alassac (Corrèze). Each man is about 8 cm high. The style of the figures is close to a similar plaque from Limeuil, found in a Magdalenian layer. Length of plaque 18.5 cm. Note that although this has been assigned to the Aurignacean on the basis of other materials found with it, it more closely resembles Magdalenian artefacts from other sites. Powers (1994)