These track notes and photos are for the interest of armchair travellers only, and do not constitute comprehensive instructions for bushwalkers. 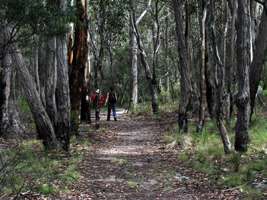 Thunderbolt's Lookout is served by a broad and well made track in the Torrington State Conservation Area of northern NSW. The track is suitable for any fit bushwalker who does not mind heights. The access to the lookout is via a very steep ladder. 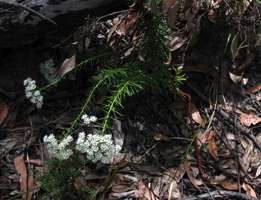 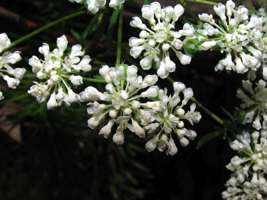 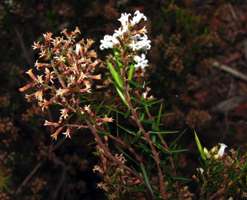 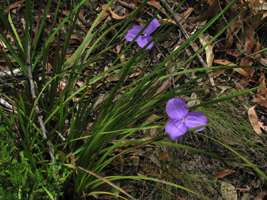 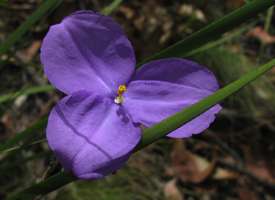 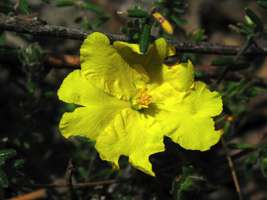 Thunderbolt's Lookout - in November, there were many wildflowers out. 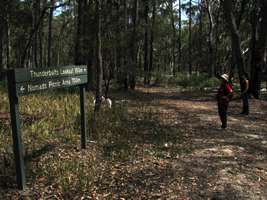 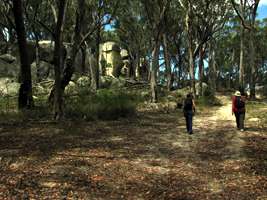 Thunderbolt's Lookout track - the final short track to the summit is reached after a steady climb to the plateau. 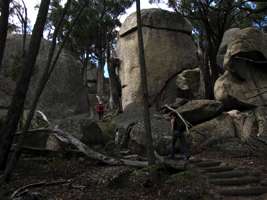 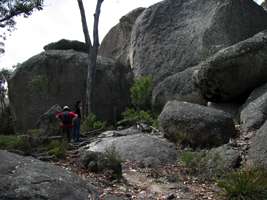 The track has been very well planned and executed, care and professionalism mark the design and construction. 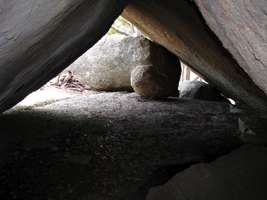 There is a usable cave along the way. 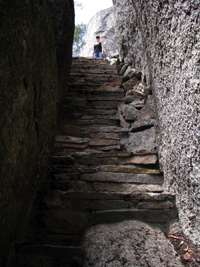 This is by far the best staircase of natural materials I have seen in National Parks. It is beautifully done. 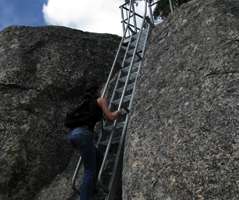 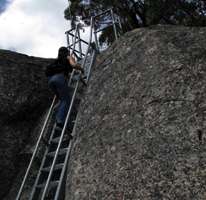 The final ladder is steep but solid. 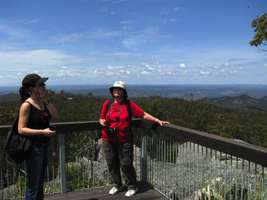 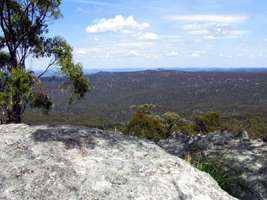 At the top the views are spectacular. 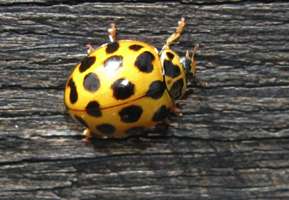 There were many of these Ladybird beetles flying around the top on the day we were there.