The classic view of Olduvai Gorge with the Naibor Soit hills visible in the distance and a monolith, the so-called 'Castle', made of the red sediments of Bed III, in the foreground.


Homo habilis was a species of the tribe Hominini, during the Gelasian and early Calabrian stages of the Pleistocene period, which lived between roughly 2.1 and 1.5 million years ago. The type specimen is OH 7, discovered in 1960 at Olduvai Gorge in Tanzania, associated with the Oldowan lithic industry; the fossils were identified as a separate species of Homo with the proposed binomial name of Homo Habilis('handy man') in 1964. In its appearance and morphology, Homo Habilis is the least similar to modern humans of all species in the genus Homo (except the equally controversial Homo rudolfensis ), and its classification as Homo has been the subject of controversial debate since its first proposal in the 1960s. 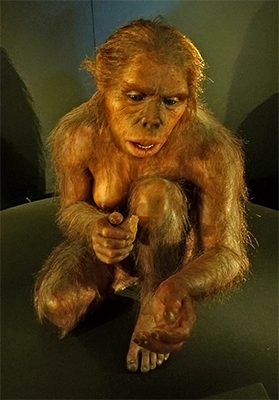 Forensic reconstruction of an adult female H. habilis by Élisabeth Daynès (2010), based on the KNM-ER 1813 cranium. 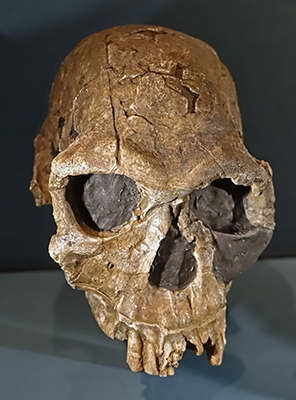 Homo habilis had a larger brain, a shorter jaw and smaller chewing muscles, compared with other australopithicine relatives. Nicknamed Handy Man, because of early stone tolls discovered nearby, the fossil record suggests that this hominin was preyed on by Dinofelis - a jaguar sized cat.

This skull was discovered in 1973 by Kamoya Kimeu in Koobi Fora, East Turkana, Kenya. This adult skull has a brain size of 510 cubic centimetres.

The original specimen is in the Kenya National Museums. 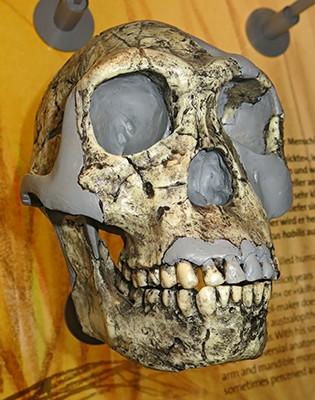 ( note that this is a reconstruction, and the facsimile has been given a full set of teeth and a mandible, probably on the basis of those from another Homo habilis specimen - Don ) 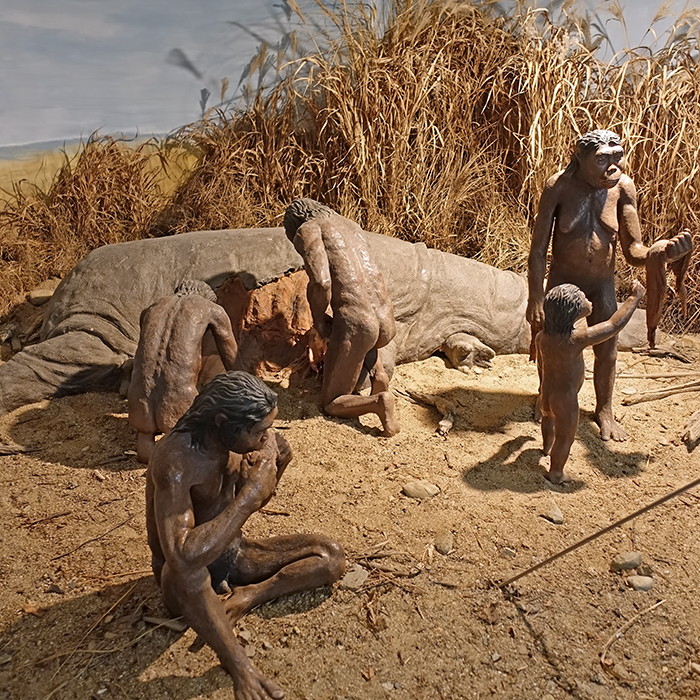 Diorama of Homo habilis at a dead hippo. It is a scientific reconstruction of the find of a specific situation from Lake Turkana in East Africa. The age of the find dates between 1.6 and 2 million years.

Homo habilis was not yet able to catch such a large animal as a hippo, and therefore in the drying environment of Africa, had a mostly herbal diet, supplemented by small animals and the found carcasses of dead animals. 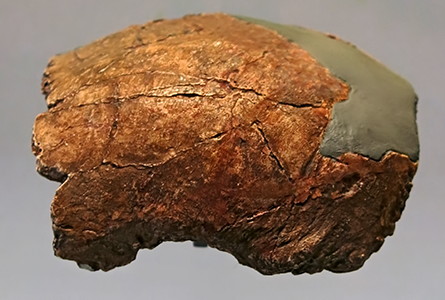 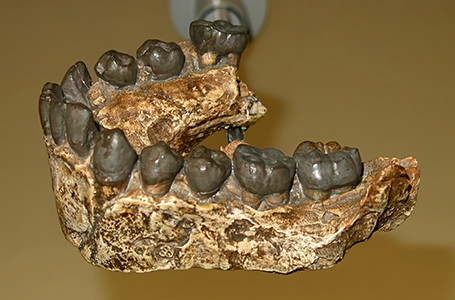 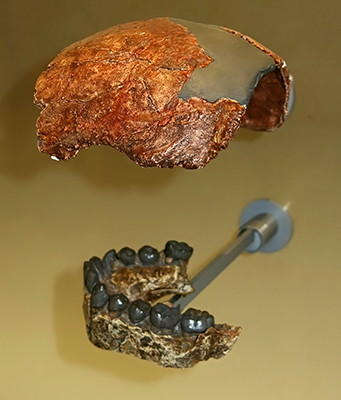 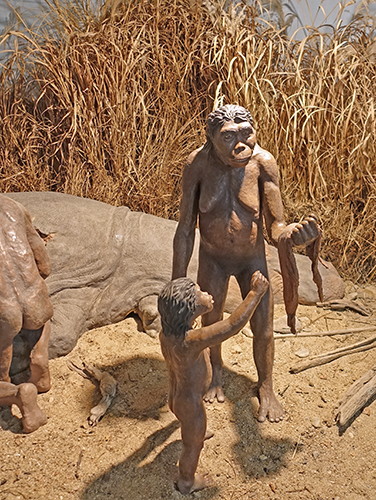 Diorama of Homo habilis at a dead hippo, showing here a mother with her child. 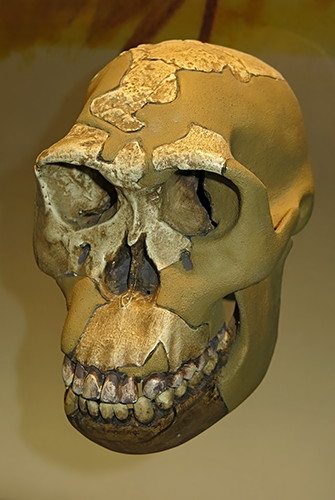 ‘Twiggy’, OH 24, is a skull discovered in 1968 by Peter Nzube in Olduvai Gorge, Tanzania. When found, this skull had been badly crushed and was reconstructed from hundreds of fragments. It also shows some distortion of the bones that occurred before fossilisation was complete.

OH 24 is the oldest fossil skull found at Olduvai Gorge; besides OH 5, it is the most complete.

The cranium was found crushed flat (hence the nickname) and cemented together with a coating of limestone. Little value was placed on the find originally, but after much effort by scientist Ron Clarke, the skull was reconstructed. Despite this effort, there still is a good deal of distortion from the fossilisation process. The slightly small cranial capacity (just under 600 cubic centimetres) is attributed to this distortion. The face of the individual is prognathic (projects forward under the nose), as in other Homo habilis individuals, but not quite to the extent of the earlier Australopithecus species. This specimen manifests the larger brain size and the reduction of facial size typical of the evolution of early Homo.

The individual's third molars had erupted, so we know that Twiggy was an adult at death. Yet the molars show no sign of wear (the points on the crowns of her teeth are still sharp, and show little sign of abrasion by rough food matter), indicating that that this individual probably died soon after their eruption. 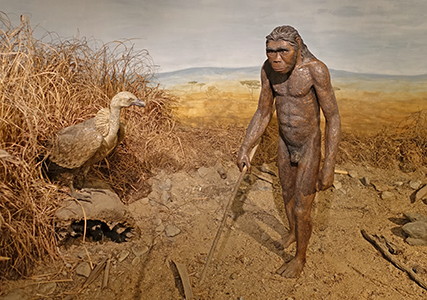 A digging stick, possibly also used as a club for small animals or birds on occasion, was a necessary tool item for Homo habilis. 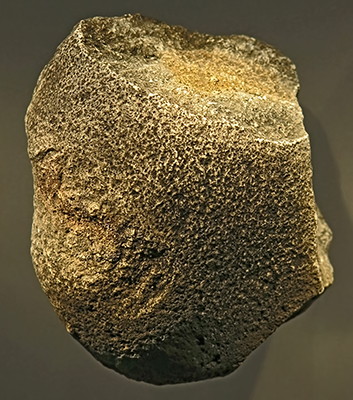