Back to Maps Page

Map of the Valley of Horses - Local Map for EC fans

This map is drawn entirely from the descriptions in 'The Valley of Horses' and from 'The Mammoth Hunters'.

I placed the Valley of Horses on a small river well south of Kyiv, but north of Uman', based on journey times and the path she took.

Jean Auel never went to Ukraine, so far as I am aware, but she may have seen photos, of course.

I searched on Google Earth, (they have a LOT of churches in Ukraine!) and found a few places that were similar to Jean's descriptions.

This is one of the best candidates, Buky Canyon:

Some images from Buky Canyon, near the Buky village, on the Hirskyi Tikych river, from Google Earth.

I have arranged them to recreate what you would see in going from the cliff with Ayla's cave, downstream past lower cliffs, to where the stream spreads out on the flatter country. 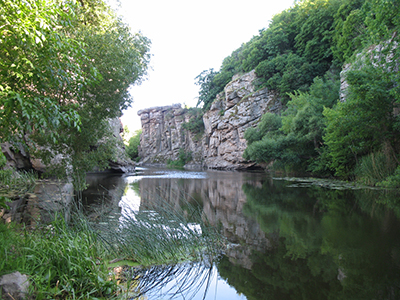 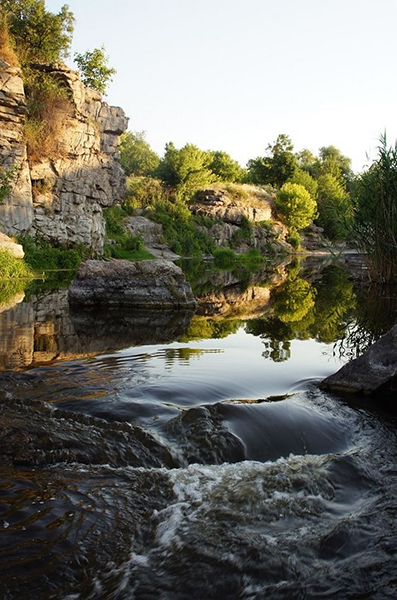 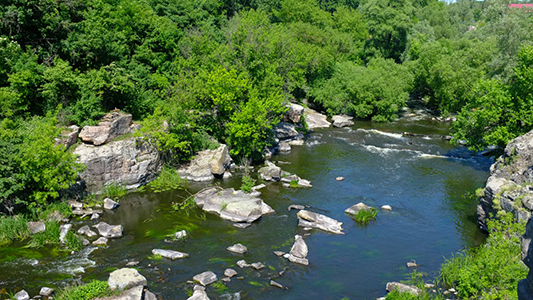 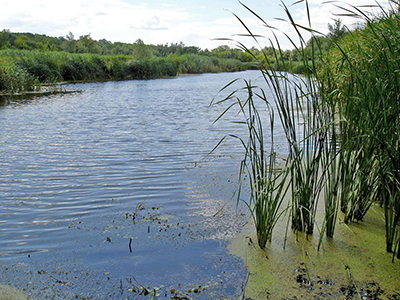 
There are several ways to print this image.

Here is the map as a pdf file.

This should allow the user to print the map as a single page on all computers and printers using the free Adobe Reader program.

Other programs and browsers may open the file, but it is best to use Adobe Reader to print it, since other programs tend to chop bits off.

Many people find that the above method is the best way to print the file. It should open in Adobe Reader, which is a free program that most people have, but if not you can get it at:

Another way to print this image is to copy it and paste into a graphics program such as Photoshop.

Then paste into a graphics program, and choose a percentage scale from the page set up menu to allow the entire page to fit on one sheet of paper. Try 75%, with sideways orientation for the page.

Another way to do the same thing perhaps more easily is to click on the 'open map in another window' link below. It opens a page which only contains the map. This should then allow you to more easily save the map (go to the file menu and 'save as source') so that you can open it later from a graphics program.

open map in another window

Back to Maps Page