It is preceded by the Mousterian industry, and lasted from circa 45 000 to circa 40 000 BP. The industry produced denticulate stone tools and also a distinctive flint knife with a single cutting edge and a blunt, curved back. The use of mammoth ivory at Châtelperronian sites appears to be more frequent than that of the later Aurignacian, while antler tools have not been found. It is followed by the Aurignacian industry.

Scholars who question its existence claim that it is an archaeological mix of Mousterian and Aurignacian layers. The Châtelperronian industry may relate to the origins of the very similar Gravettian culture. French archaeologists have traditionally classified both cultures together under the name Périgordian, Early Perigordian being equivalent to the Châtelperronian and all the other phases corresponding to the Gravettian, though this scheme is not often used by Anglophone authors.

Text above: Wikipedia, and other sources

Readers should note that Zilhão et al. (2008) are unequivocal in their assessment of the site:

After the demonstration that no Châtelperronian/Aurignacian interstratifications existed at Roc-de-Combe, Le Piage, and El Pendo, the Grotte des Fées remained the single instance conceivably documenting the putative long-term regional contemporaneity of the two technocomplexes which is required by the 'acculturation' and 'imitation' models of the innovations (ornaments, decorated bone tools) that characterize the Châtelperronian. Based on our own inspection and study of the lithic and faunal collections and of the site itself, on consideration of the published and unpublished literature, and on the available dating evidence, we show that the putative interstratified deposits reported by Henri Delporte, who last excavated at the Grotte des Fées in 1951–54 and 1962, are in fact 19th-century backfill. In situ remnants may have been found in 1962, but, in the part of the site excavated at that time, Delporte failed to recognize the previously described interstratification. The stratigraphic consistency of 10 (out of the 13) radiocarbon dates available relates to the fact that those 10 dates are on samples from the conceivably in situ remnants excavated in 1962. Three samples from Level B5 date the Châtelperronian occupation to ca 39–40,000 BP, while seven samples from Level B1–3 relate to carnivore denning at the site throughout the ca 36,500–34,500 BP interval. Subsequent sporadic incursions by bearers of an Aurignacian I tool-kit are documented by diagnostic material scattered from top to bottom of the backfill deposits excavated by Delporte between 1951 and 1954. Originally, that Aurignacian material must have been contained in a surficial occupation lens capping the site’s Mousterian-to-Châtelperronian stratigraphic succession.

It should be further noted, however, that equivalents of the Châtelperronian have been found in Eastern European sites, such as those linked below:

The Bohunician is an Initial Upper Palaeolithic culture, incorporating elements of the Mousterian with the lower Aurignacian. The term 'Bohunician' is derived from the word Bohunice, the name of a suburb in the western part of the city of Brno, where this specific industry was first investigated. The stone tools often were produced from Levallois blade cores with hard-hammer percussion and include many forms considered typical of Upper Paleolithic industries associated with modern humans (that is, end scrapers and simple burins), as well as Levallois points and side scrapers. Some assemblages also contain bifacial leaf-shaped points (more common in the northern sites).

St Césaire, famous for its Neanderthal Skeleton, 'Pierette', has also been described as having Châtelperronian deposits. 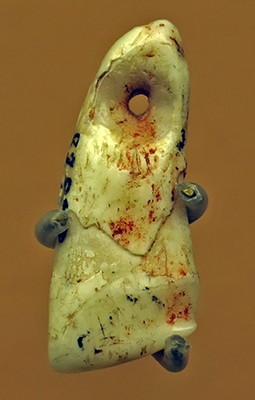 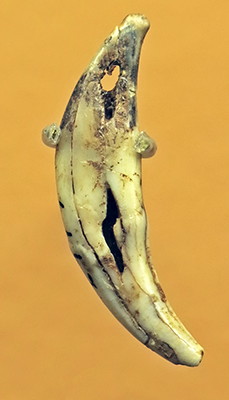 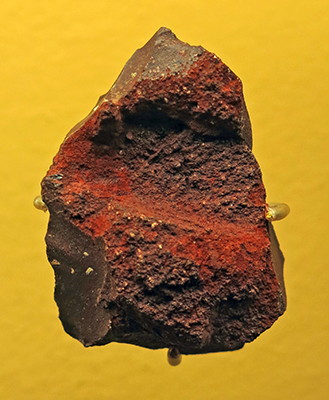 Typically, crested blades exhibit triangular cross section and a series of flake scars with an axis perpendicular to the central arris (the sharp edge formed by the intersection of two surfaces) on the dorsal surface.

These blades are the first that are detached from a core, and their removal leaves behind smooth facets for subsequent prismatic blades. 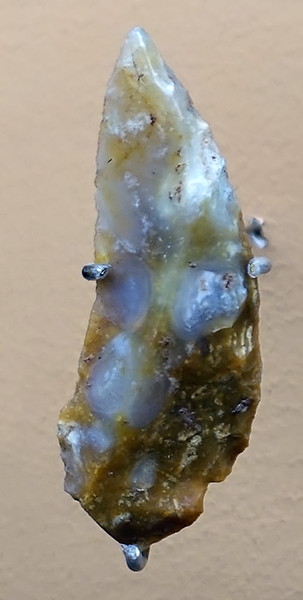 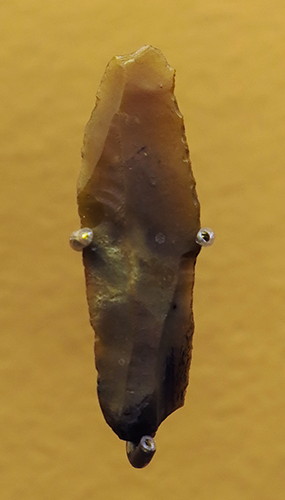 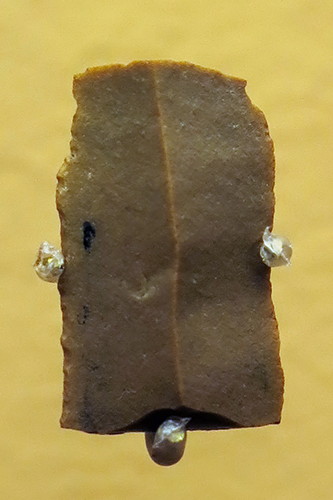 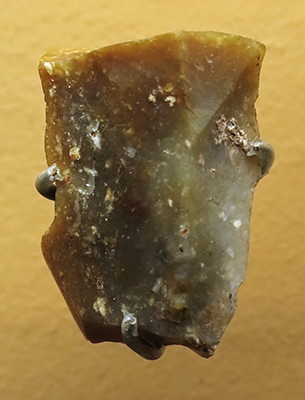 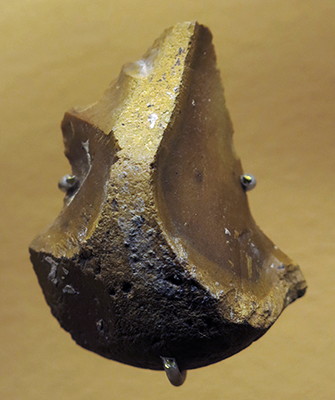 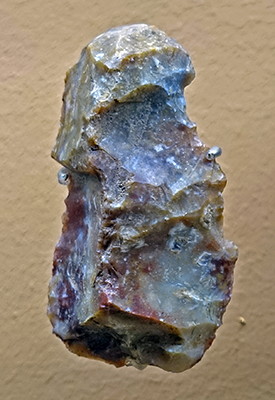 This was labelled a grattoir, a scraper.

( if it is a scraper, it is a racloir, or side scraper, not a grattoir. It actually looks more like a denticulé, or denticulated tool - Don )