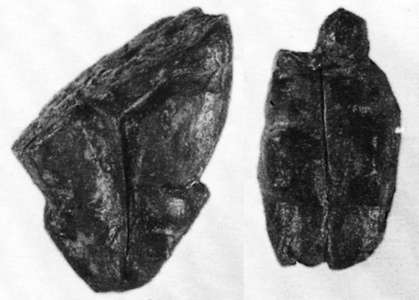 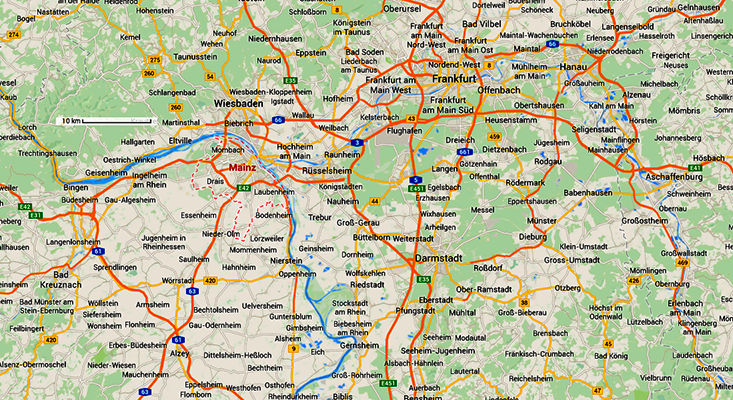 Location map of Mainz. It is near Frankfurt. 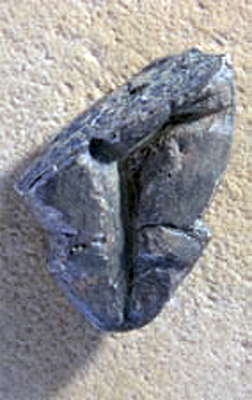 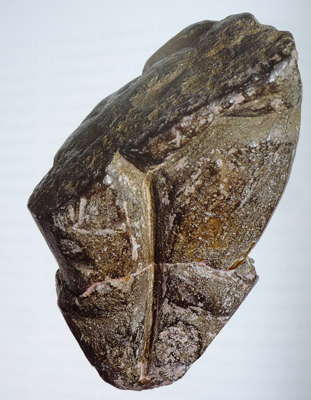 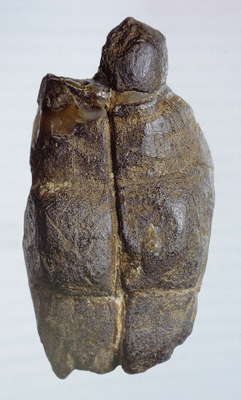 Venus from Mainz. This shows the buttocks and the small of the back, the front of this piece has deteriorated. 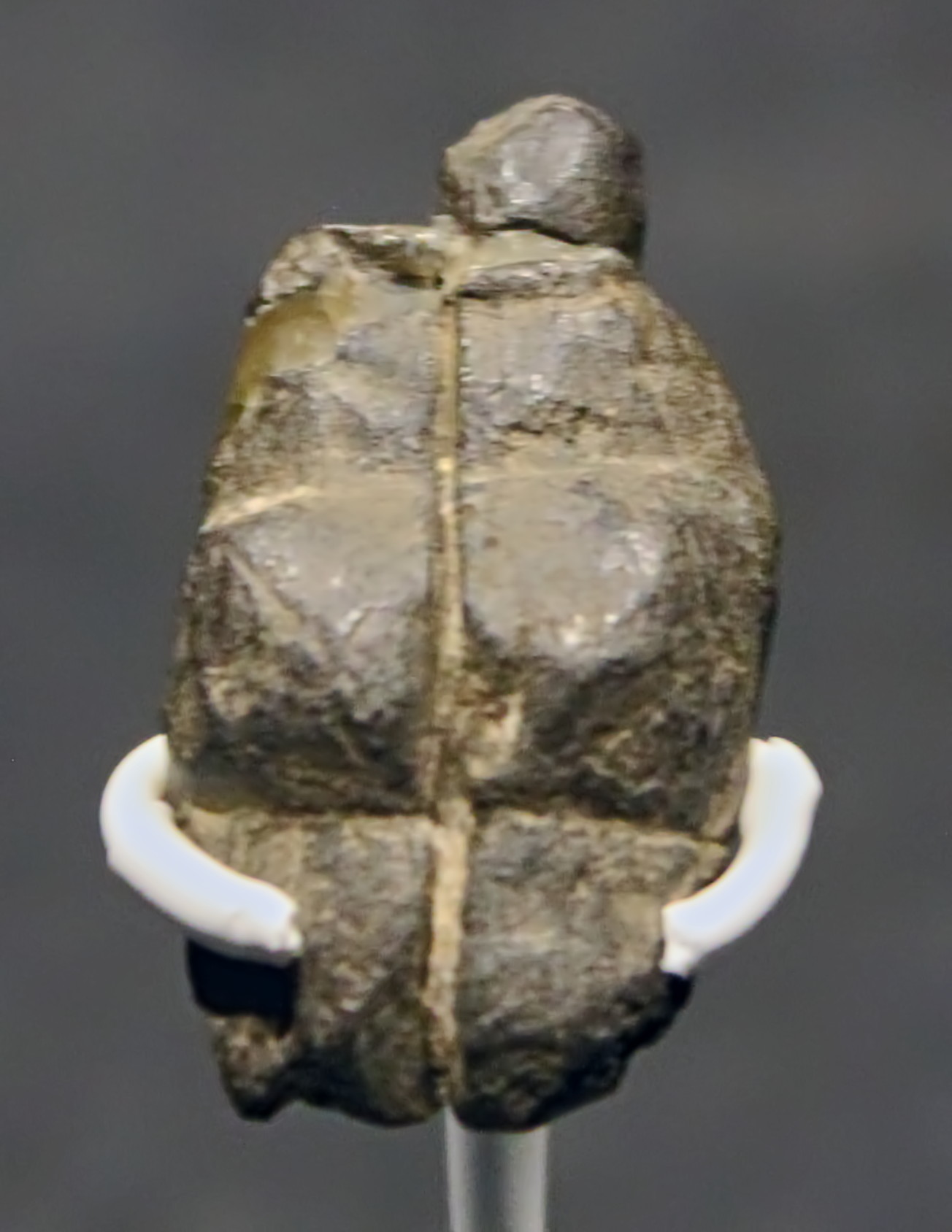 Source: original, exhibited at the Archeological Museum Hamburg (Ice Age - The Art of the Mammoth Hunters from 18 October 2016 to 14 May 2017) 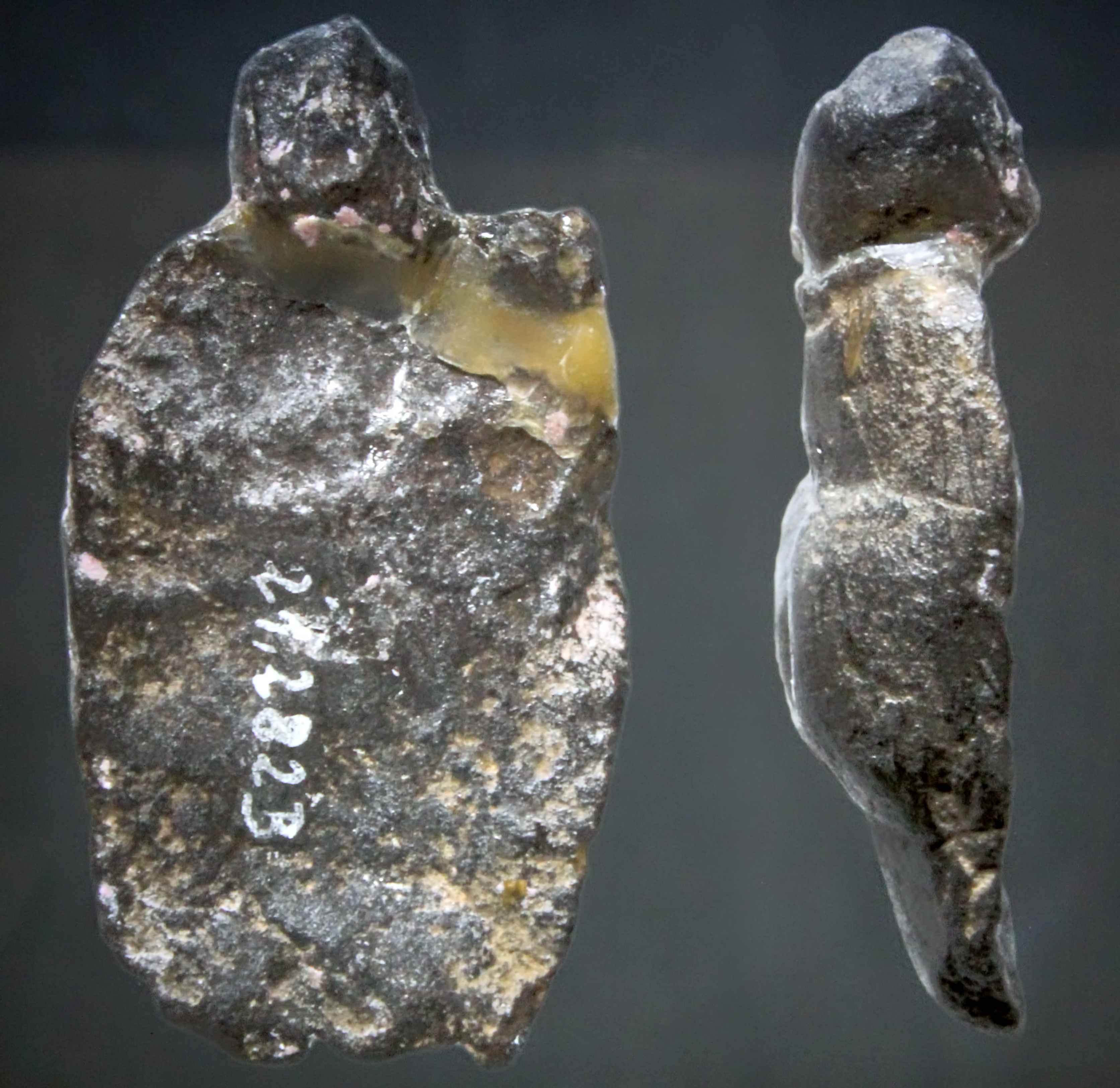 Venus from Mainz, showing the 'front' view, now deteriorated, and the view from one side.

These viewpoints are seldom if ever seen.

Rephotography: Ralph Frenken
Source: Screened image, exhibited at the Archeological Museum Hamburg (Ice Age - The Art of the Mammoth Hunters from 18 October 2016 to 14 May 2017) 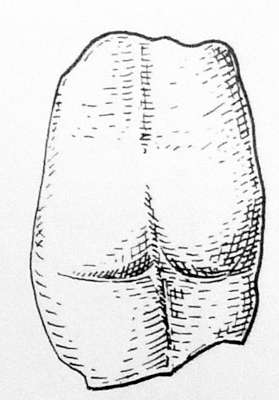 Fragment of a venus from Linsenberg.

The Linsenberg archaeological site occupies a height overlooking the city of Mainz (Rhineland-Palatinate, West Germany) it is an open air site, and is buried in loess, the archaeological layer lying just above a bed of clay. The lithic industry is very ordinary and ill-defined and although it belongs to the Upper Palaeolithic, the authors are reluctant to be more specific than to place it between the Upper Perigordian or Gravettian and Magdalenian. Karl J. Narr, who has taken up the study, finds indicators of both the Perigordian and the Magdalenian; to find a term of comparison, he turns to the industries of Central and Eastern Europe.

Be that as it may, it seems that it is with the Magdalenian that we should consider most seriously the comparison of these finds. It is within this gisement that were collected by E. Neeb and O. Schmidtgen, around 1920, two fragments statues made of greenish sandstone, which are kept at the Archaeological Museum in Mainz.

The first, with a height of 36 mm., Includes only the lower limbs, with feet represented by a blunt point, and part of the pelvis, with the pubic triangle and base of the 'mons veneris', in low relief, the second, which measures 30 mm, retains only the pelvis which the anterior has deteriorated, but whose small of the back and buttocks are properly shown. Despite the fragmentary nature of these statuettes, one can note the realistic and accurate modelling, the relatively accurate proportions and, for the second figure, the non steatopygic buttocks and the normal arch of the small of the back. The general appearance reminds one fairly closely of the statuettes of Farincourt and Enval.

Text above translated from Delporte (1993)

The site of Mainz - Linsenberg, is a base camp of a people who hunted reindeer and collected shells. Besides stone tools and animal bones and reindeer bones, there were perforated shells from the fossil Tertiary deposits of the Mainz Basin. That this was a base camp can be recognised by the large area of the site, the piles of rock, and several fireplaces.